George S. Patton once referred to The United States Military Academy at West Point as âHell on the Hudsonâ.Â  He was writing home during BEAST barracks, an event that takes place in July when the average temperature in New York is 197 degrees with 200% humidity.

When Chaney wrote home during her BEAST barracks, she channeled her inner Patton and referred to it the same way.Â

Now we are in October, and as tradition would have it, West Point opens up its doors for âFamilyÂ  Weekendâ.Â  This is not a plebe-only event (as it is on Plebe Weekend in March).Â  Parents from all four classes (and other members, regardless of how extended) travel to West Point to visit with their cadets, tour the grounds and, as luck would have it, watch the mighty Army Football team play a home game.

Sandy and Kavon were, unfortunately, due to go to a conference in Chicago this last weekend so we knew a while back that Sandy would not be able to go to West Point.Â  Instead, MAJ Taormina, Chaneyâs godfather, won the lucky ticket.Â  (After all, as a good Catholic, he is instrumental in instructing her on her Jewish and Protestant heritage.Â  Alsoâ¦ the fact that he is Italian and called a godfather has certain intangible benefits as well.)

Seeing Chaney over the last three days has been awesome.Â  For those of you who are following along at home, she has taken to her new profession at arms like a duck to water.Â  (Hmmmâ¦ perhaps a snow goose to a field may be a better metaphor, since the geese were there in droves.)

Snow geese suggest a change in weather, and that certainly has happened since we were at West Point last August.Â

It is getting cold there.

Luckily, the weather on Saturday was absolutely perfect, 63 degrees and, literally, not a cloud in the sky.Â  We never considered that the football game might get canceledâ¦ hellâ¦ it is football, they will play in any condition.

We were afraid we were going to have to watch it in the rain.Â  Fortunately, that never happened.Â

Since the skies were clear, we also got to see a pregame show of the West Point Jump Team flying into the stadium, along with the helicopter doing some acrobatic things helicopters should not do over a stadium filled with people.Â

Unfortunately, Army âunder wonâ their match against San Jose State, not by much, but enough to prevent them from putting a W in the appropriate column.Â  This is really not too terribly important since the only game that matters happens in December when Army beats Navy.

What we did seeâ¦ and boy did we see it in spadesâ¦ was patriotism.Â  This patriotism was not just among the cadetsâ¦ that has become a given; we saw it in the old grads, the families and, pleasantly enough, in the younger generation of junior high and high school students who were also there.Â  There is a surprisingly high number of cadets who have a generational attachment to West Point.Â  Knowing there are young, patriotic Americans who want to follow in the steps of their brothers, sisters, and older cousins is both inspiring and heartening.Â

We have so many problems with our society, so much division, so much raw animosity, knowing there is a place like the academies reminds us the union will persevere as it has for the last 250 years.Â  Sentinels are down range protecting us, and their next cadre of leadership is being forged in the crucible that is West Point.

One of the things I found interesting was how Chaney seems to view this whole 47-month program she is in.Â  She does not see West Point as a goal-oriented endeavor.Â  Her mission is to spend the next four years preparing to be the best Second Lieutenant she can be.Â  West Point is not designed to provide her a technical education to get a jobâ¦ she has a job lined up for herâ¦ what she is being trained for is to be a leader.Â

The other thing that stood outâ¦ (and I should not be surprised at this)â¦was the uniqueness of the Cadet Corps.Â  Some of these kids, (yes they are kids) are prior service that were tapped to go to West Point, others like Chaney went straight from high school to the academy.Â  One thing they all share is a commitment to the three core values of West Point: Duty, Honor, Country.Â

In our world where kids find passion in being âout victimizedâ then those around them.Â  Where we see affronts to our established cultural traditions, and excuses for the excesses of foreign âexoticâ cultures.Â  Where students seek to become part of the victimization industrial complex, West Point is different.

Many people, (not just college students) seek to maximize what an institution can give to them.Â  Be it a college, a corporation, or a government.Â  Few seek to give themselves for the benefits of others.Â  These kids, these students of the noble profession of arms are self sacrificing.Â  Theirs is a selfless calling. 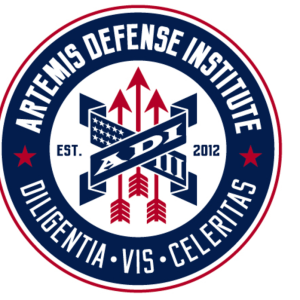